I have now created a few games in libGDX, and have found it a great framework and nice way to learn Java.  However, it's not all been plain sailing.  I found the depedancy management can be a little tempremental at times.  Although that's more down to Gradle than libGDX.  I also found it farily teadious re-coding the various sdk's for each platform to intragrate adverts, game services, in-app purchases etc.  There has also been a lot of changes with the winding down of roboVM. This is what is used to build for iOS. To overcome this I have been using an earlier open source fork of roboVM that has worked fine. However, it does not feel very robust and I have had a number of issues.  I know this will get better and I will revist libGDX in a few months.   But for now it's time for a change.

I have started playing around with Corona SDK.  It claims to allow you to build an applicaition 10x faster.  So far it's going pretty well. The simulator is great, no waiting for the applicaiton to build. My first game went from concept to prototype in a few days!!  Although it did take another 2 weeks to polish it ready for release.  This might be more to do with me learning the SDK and another new language (Lua). 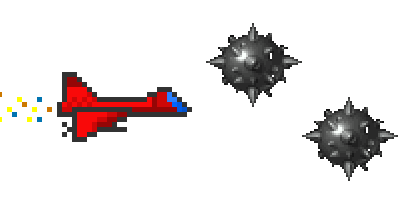 I have followed a great tutorial on YouTube by a guy called Mark Falkland.  Tutorial can be found at youtube.com/watch?v=0GtUxdSeWzk

One thing to mention is the Storyboard and Sprite covered in the tutorial is now deprecated. I have updated the code to use the composer and imageSheet. I have also added a score counter. Can be downloaded at filefactory.com/file/5952jy6zea7p/code_corona.zip

Hope to get a game using Corona SDK out soon!